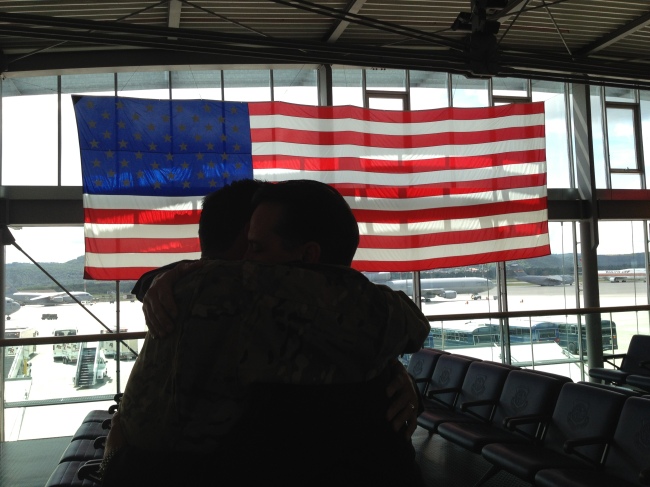 According to Barry Loudermilk’s book “And they Prayed: Moments in History Impacted By Prayer”, Captain Nathan Hale was not unlike the men and women I see every week at Faith Baptist Church in Kaiserslautern, Germany.  He was good looking, fit, intelligent, and bright eyed, with the cause of freedom firmly rooted in his heart.

Historically he is paraphrased as having said “I regret that i have but one life to give for my country.”

Yet I believe his greatest commitment to freedom was that of the freedom we have in Jesus Christ.  He was a well known and devout Christian.  He prayed for the souls and bodies of men.  He was a teacher by trade, graduating from Yale at just 18 years of age.  But when the Revolution began, he requested and received a commission in the army.  Then he volunteered for a mission from General George Washington to gather intelligence on British positions on Long Island.

He was captured by British General Howe and ordered to be executed the following day.  He spent the night praying and quoting scripture though denied the service of a chaplain and the request for a Bible.  So the next day he was taken to an apple tree, climbed the steps of a ladder and a noose was placed around his neck.  Standing there, noose around his neck, seconds from death, he spoke.  His actual last words, as recorded in Loudermilk’s book, were “You are shedding the blood of the innocent.  If I had Ten Thousand Lives, I would lay them all down, if called to do it, in defense of my injured, bleeding country”

I stood in our church today and looked at men and women with the same commitment.  I shake their hands, hug their necks, I pray and laugh with them.  I am in awe of them, men and women who would have traded places with Nathan Hale. So for all of them and to all who have served our country, on behalf of a grateful nation I say “Thank You.”

In similar commitment I heard Adrian Rogers say “If I had a thousand lives to live, I’d give every one to Jesus Christ”

I too, since giving my heart to Christ on a Saturday in 1969, then hearing God’s call to ministry on a Sunday morning in 1975, have laid down my life, one step at a time, one “yes Lord” at a time for the Cause of Eternal freedom ever since.

Thank you to all the veterans of Freedom, National, Physical, and Spiritual