He Built An Altar

Worship is meeting God. Worship is experiencing God. It is hearing, seeing, doing, being in his presence
Worship is acting on what God has revealed. In Genesis 12:1-3 God appears to Abram and reveals his plan and gives a clear command to Go, “to the place I will show you.”
What an amazing opportunity for God to be our guide, when he says “Go … and I will show”. We don’t have to think, don’t have to make plans, just GO. Listen, when God is revealing and God has the “car packed” we need to respond with a “YES!”
In verse 4 it says “So Abram left.” That’s such a little statement, but how often does God reveal and instruct and we just stay where we are? But not Abram, no he left and God took him on a tour. God began to lead him through Canaan. There’s an interesting editorial statement as verse six reminds “at that time, the Canaanites were still in the land.”
Child of God, let God be the guide. I can imagine God taking Abram through Canaan and pointing out the future saying “on your right are Canaanites but your offspring will live there”. And, “on your left are Canaanites worshipping idols, but your children’s children will worship me and I will be their God and they will be my people, the sheep of my pasture.”
Listen, if God has given you a promise or a vision, then ask him for a mental image of the future. Don’t see only what is, but what will be. Follow with “Ok Lord, now how do we get there?”
So, in verse seven, Abram, on his tour with God, stopped and worshipped The Lord for his promises. Believing the promises will make us worship. So when God reveals, 1) Believe 2) Worship and 3) GO
Verse eight says From there he went on. From where? He went on from the Promise, from the place of worship, and from the place of belief and surrender. Abram went on.
Don’t stay there talking about it, GO ON
Then he pitched his tent, interestingly “Bethel and Ai”. Now Bethel wasn’t actually called “Bethel” until Genesis 28:19 when Jacob slept there and had a dream and realized that God was everywhere. He named it “Bethel” which meant “the house of God”. The name before was “Luz” which meant “Bend”. And Ai represents “the world”. It was the place of Israel’s Terrible defeat after disobedience in the victory over Jericho. The place of Bend or waiver, became the “house of God.” And there between the house of God and the World, there he worshipped …
I’ve brought us all this way to talk about Worship for a minute
What we call “worship” today has become very subjective and self-serving. We talk about “I want” or “they didn’t” or “they should have”. We think of worship often as something that we attend or join in after someone else has done all of the work. But notice three things very quickly and then I want you to take this before The Lord and make it personal. I want you to ask God what he wants you to do with it.
1) He Built An Altar –
The word means “build up or fortify Before you came to worship yesterday, what did you do to “build up”? What did you “fortify”? Did you do anything to prepare or did you just show up and hope for the best? Did you build a foundation for worship? “Worship” has become something we attend, something we watch, less than something we build. If we like the style, if we like the feel, then we participate, if not, then we don’t. We have lost something haven’t we? King David once wanted to offer a sacrifice on a specific hill. He asked the owner of the land if he could buy the hill to offer a sacrifice. The owner graciously offered to give it to him. But David devoutly said “I will not offer anything who costs me nothing.” We need to build a place to worship. Fortify a place of worship. Before you can worship, expect a struggle. Prepare for an attack. satan doesn’t want you to worship, so he’s coming after you. Dig in, build up, and prepare your heart. Give yourself a foundation on which to worship. How? Reflect on God’s work in your life. Have some “warm up worship”. Use scripture, prayer, confession, build an altar …
2) He built an altar to The Lord –
Who is worship for, you or The Lord? If you find yourself saying “But I want …” or “but I like …” Check yourself. This is not about you. It is TO THE LORD. What is the direction of your worship? Certainly confession and petition are focused on what we need but it is still To The Lord. We come to him for mercy and find grace, even then it’s still about him. Make it all about him. Worship must be God-Focused and God-Fueled, then it burns hot and is holy.
He built and Altar To The Lord and
3) Called Upon the Name of The Lord –
When worship is prepared and focused on The Lord, then we can rightly call to Him.
But we aren’t simply calling and begging. We aren’t crying to an “impotent potentate” we are calling not on our goodness, we are calling out, we are worshipping according “To His Name”
It is HIS position that matters. He is Lord of Heaven and Earth, Creator of all, Sustainer, Healer, Banner, Commander, Redeemer, King of Kings, Lord of Lords, and so much more. So we come to worship him because of HIS Authority.
He is the one, He is the reason we can come to Him
We come in submission to his will, in subordination to his authority.
We come by His Name.
Lord, I am nothing, you are everything
Lord, I am come before you, bent toward you, in my greatest success or greatest failure, you are God and I worship you! 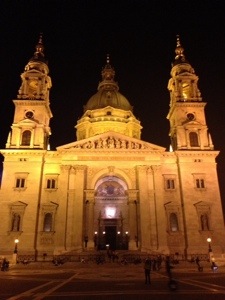